Showing posts from March, 2014
Show all

March 28, 2014
1. First off, check out fellow YA Books Central editor/YA author's post: http://cjredwine.blogspot.com/2014/03/skip-starbucks-day-adoption-fundraiser.html 2. Been running around town trying to get things for son's overnight hike/camp trip today. He has to carry his own dinner/breakfast in his backpack along with a tent and sleeping bag. He's almost 13 years old. I'm kind of worried but on the other hand his scout leader is filled with awesomeness. I personally HATE camping. I only went to girl's camp when I was 12 years old. I ended up peeing my pants and was totally horrified. I was called, Kim Peed Out. So embarrassing. I never went back. Son though has been having a blast. 3. Now time for books! Reading LIV, FOREVER: I'm a huge fan of ghost tales! This one takes place in a sinister elite boarding school with a deadly secret. 4. Got approved to read the ebook galley of this: My reaction when I got the email from Edelweiss: Yes,
Post a Comment
Read more 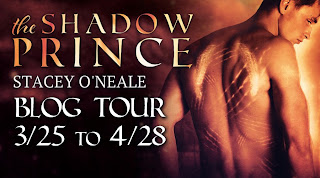 I'm really excited to be a part of The Shadow Prince Tour! Every sacrifice has consequences. Sixteen-year-old Rowan has spent most of his life living among the mortals—learning to control the element of fire, impatiently awaiting the day his vengeful mother, Queen Prisma, will abdicate her throne. When he finally returns to Avalon for his coronation, his mother insists he must first prove his loyalty to the court by completing a secret mission: Kill Kalin, the half-human, half-elemental daughter of the air court king. Willing to do anything to remove his mother from power, he agrees to sacrifice the halfling. He returns to the mortal world with his best friend, Marcus, determined to kill the princess. But as he devises a plan, he starts to question whether or not he's capable of completing such a heinous task. And what price he will pay if he refuses? Available for FREE on Goodreads | Amazon | Barnes & Noble Also available in PRINT from Amazon Here
Post a Comment
Read more 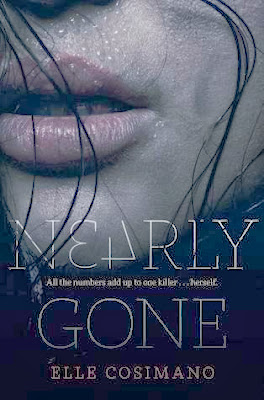 I'm excited to be a part of the NEARLY GONE. My YA Books Center review:http://www.yabookscentral.com/yafiction/15632-nearly-gone Teaser: The mystery behind who was plotting the murders and why they seem to point toward Nearly had me wondering. I liked that when the final reveal came it took me by surprise. The math and science part of the mystery was very intriguing. Loved how clues were woven into personal ads and how they all added up. Once the bodies started piling up, I couldn't put this book down! I had to see if my suspect had in fact done the deed. (It wasn't!) Great pacing, action, and suspense that kept me turning the pages. Welcome to the NEARLY GONE blog tour. We at Penguin are especially excited about Elle Cosimano’s smart, but scary debut (caution: avoid reading this one before bedtime!). Over the next three weeks, Elle will share the secrets behind NEARLY GONE on a Monday/Wednesday/Friday basis, so be sure to be on the lookout for new posts! Elle’s
Post a Comment
Read more 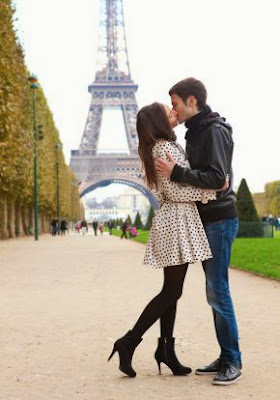 1. Started off week with helping mother-in-law at her new independent/assisted living community. Played Bingo for .10cents a game. Too funny that the little elderly ladies wouldn't let me start unless I had dimes. The front desk was able to get me some. Son helped his grandmother and he even won a round. He got the pot of winnings which equaled a whole $1.20! 2. Been working hard on this revision. Really want to finish another round before April so I can get back to the first draft of the second book in the goddesses series. Would really love to have it out next year! Hint on what to expect in the second book: 3. Loved this book: YA Books Central review: http://www.yabookscentral.com/yafiction/16646-scan Teaser: Wow, hold on to your seat as this story is one adrenaline rush that is filled with suspense, intrigue, romance, and even aliens. What worked: This book kept me on the edge of my seat. I'm totally loving alien YA stories and this one doesn't
Post a Comment
Read more 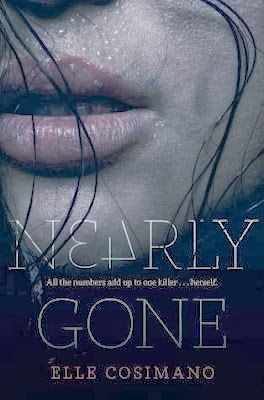 These past two weeks have been filled with sickness at our house. Son's bad cold and sore throat turned out to be strep throat. Ugh. When I did take him to the doctor's office, the first thing the doctor said, "Have you been kissing anyone?" Twelve-year-old son was horrified. He told us, "I swear I haven't French kissed anyone!" Doctor told me it looked like mono which you can find through a simple blood test. Son didn't want that so doctor told him if his strep culture came out negative, he'd have to do the test. Well, it came out positive so now he's on meds. Then this week husband's been coughing up a storm. I'm just hoping I don't get it. EmergC and lots of hand washing. Now to other things...like books and shows! 1. Right now reading NEARLY GONE Totally engrossing YA mystery/thriller with a math twist. YA Books Central review coming soon! 2. I've been wanting to finish reading this Sci-Fi series b
Post a Comment
Read more

16 Things About 16 Things by YA author Janet Gurtler and a giveaway! 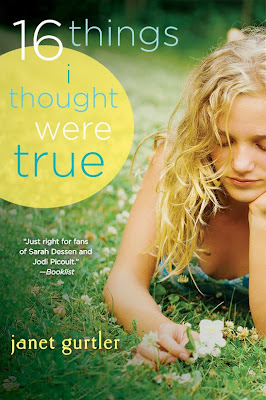 I'm excited to be hosting YA author Janet Gurtler today! Loved her books and her recent release 16 THINGS I THOUGHT WERE TRUE is just as amazing. My YA Books Central review: http://www.yabookscentral.com/yafiction/16530-16-things-i-thought-were-true Teaser: What worked: Once again Gurtler has a winner! Loved the writing style that shows us a heroine that hides behind her Twitter account when a video leaks out. Morgan might come across to some as cold and indifferent but I thought this was only her way of protecting herself from being hurt. It's easier to have so-called popularity with thousands of twitter friends but harder to open up to someone close by. Here's Janet's guest post! Comment for a chance at winning a t-shirt! 1. In Chapter Seven there’s a carving on the table in the staff room. It says JM+LG. That’s me and my husband. (my maiden name is MacLeod) 2. A hospital in the book is named after my niece, Marcede Grace 3. I stayed at a Hostel in
2 comments
Read more

The 57 Lives of Alex Wayfare by MG Buehrlen 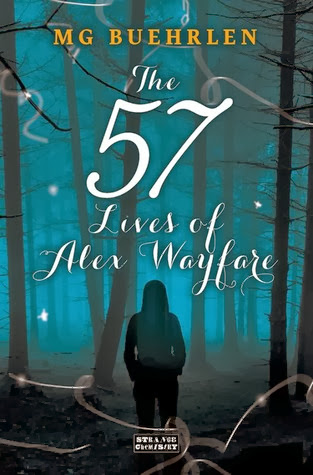 Today is the release date of YA Books Central head Ninja's YA book: On my Nook Tablet: To celebrate Mandy's book release I'm putting on my own 'nerdy' glasses: Here's the blurb: For as long as 17-year-old Alex Wayfare can remember, she has had visions of the past. Visions that make her feel like she’s really on a ship bound for America, living in Jamestown during the Starving Time, or riding the original Ferris wheel at the World’s Fair. But these brushes with history pull her from her daily life without warning, sometimes leaving her with strange lasting effects and wounds she can’t explain. Trying to excuse away the aftereffects has booked her more time in the principal’s office than in any of her classes and a permanent place at the bottom of the social hierarchy. Alex is desperate to find out what her visions mean and get rid of them. It isn’t until she meets Porter, a stranger who knows more than should be possible about her, that she lea
1 comment
Read more

March 02, 2014
**Originally posted at: http://denisejaden.blogspot.ca/2014/02/march-madness-set-your-goals-wipmadness.html Every month YA author Denise Jaden puts together March Madness which is to help motivate and support writers with setting goals. There's posts each day of the week and the best part? Giveaways! Below is the original post from Denise with all the info! MARCH MADNESS: SET YOUR GOALS! #WIPMadness If you’ve been looking for a challenge to get your writing into gear, you’ve come to the right place! Through the month of March we will be cheering each other on to meet challenging goals with our writing. Also, this year we've decided to open up the challenge to Readers, Bloggers, and Illustrators. Basically, anyone who wants to challenge themselves regarding books and win prizes for it! Today is goal-setting day! (But if you don't make it here on the first day, not to worry. Feel free to add your writing goals here any time during the month of March). Marc
Post a Comment
Read more
More posts