Showing posts from May, 2012
Show all

1. Today we're going to Disneyland to help celebrate son's 11th birthday. This should be fun! His birthday is this coming Sunday but our Annual Passes will be blocked out then. The rest of my blog I thought I'd do something different.  If it works, maybe I'll do a vlog a week or so?  Let me know what you think! And books that I didn't share include: BORN AT MIDNIGHT Fellow YA Books Central reviewer sent me book 3 of this series so I had to get the first book.  It's kind of similar to HEX HALL as a teen is shipped off to a reform school and finds out why she never felt 'normal'. EMOTION THESAURUS Found out about this one on Twitter.  You can download on your Nook for $4.99.  It looks fab and something I need while doing these edits! CHANGELING Loved Philippa Gregory's other books.  Downloaded this one on my Nook and have to admit at the beginning it feels like an adult trying to get 'YA'.  I put it aside
7 comments
Read more 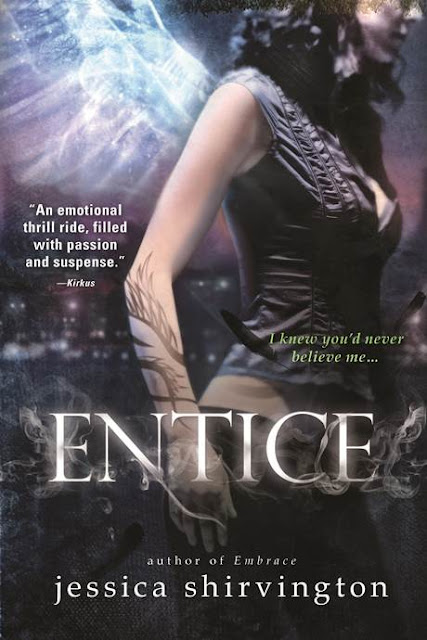 I'm so excited to share this!  I loved EMBRACE and the sequel looks just as amazing. Drum roll, please: Here's the jacket cover : Isn't it gorgeous? Plus,here's a little something extra: access to the first two chapters of Entice! http://www.sourcebooks.com/ bea-2012.html Here's what I got from Sourcebooks, the publisher of this amazing paranormal series: I am so excited that the incredible cover of  ENTICE  by  Jessica Shirvington  is here and beyond thrilled to catch a glimpse at what lies ahead for Violet: “Two tutors and three students from the Grigori training center in New York were arriving in two days and I couldn’t be happier.  I was going to be able to learn from the experts and have people my own age to train with, something I really needed.  I was sure with their help I would be able to get over whatever it was that had been holding me back.  Griffin had been eagerly awaiting the arrival of the two s
1 comment
Read more 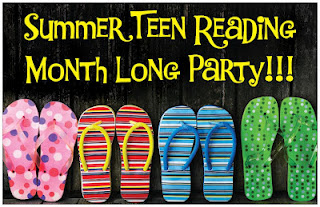 Thanks for hosting me today Kim! I am having a blast with the Summer Teen Reading Party and I am so excited about this month long event! We’ve got lots of great books and authors there – many for $1.99 or less. I hope everyone visits! Make sure to read the rest of this post to find out how you can enter to win a $50 Barnes & Noble gift card! Here is a bit about my novel, Veiled Virtues: When Paige Stewart left America to house-sit in England , her only thoughts were to get away from her controlling mother and to have fun. Little did she know that her working holiday would find her hearing eerie voices, experiencing alarming dreams and bleeding from old scars. Although Paige's differences confuse and disgust her, she opens up to the shopkeeper of a strange metaphysical store in town, where she finds much more than tarot cards and crystals. Soon, Paige is stalked like prized game. Relentlessly pursued, her holiday takes a turn for the eer
Post a Comment
Read more 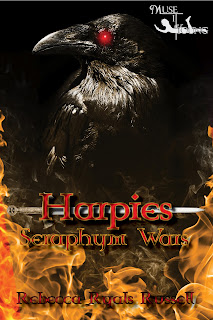 Today I'm happy to have YA author Rebecca Ryals Russell visit my blog! Harpies, Book Two of Seraphym Wars series by Rebecca Ryals Russell comes out soon. But you might wish to read the Book One, Odessa first. Here is Chapter One of Odessa: BLURB 17-year-old Myrna is drawn into the middle of an epic battle between Seraphym and Demons. An average High School student from Florida, struggling with inner demons resulting from an attack when she was 15, she wakes one morning on the Steampunk planet of Dracwald, home of the demon-dragons responsible for her brother’s recent murder as well as many other atrocities in the news. She meets sweet and sensitive Michael, who explains that according to prophecy, Myrna must gather the remaining six Vigorios (teen warriors with special talents) then train with the Majikals on an enchanted island. He accompanies her on the quest, but harbors a secret past that ironically would destroy all the faith she has placed in him. A handsomely
2 comments
Read more
May 28, 2012
My first attempt at doing a vlog for Denise Jardin's self-esteem project
2 comments
Read more 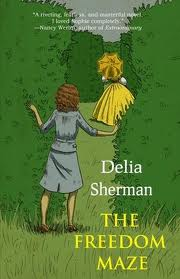 So I thought the scoring gig would be over by this last Tuesday.  I should have known better.  It was extended until today.  Sigh.  I do admit I really enjoy doing this project but with the school year wrapping up and other things, it's been beyond crazy here. I thought I'd go a head and share some of my recent finds this week.  **Yes, even with it being so crazy, I'm  still reading.  To me, not reading would be like not breathing.  Yes, it's that important and a big part of who I am. 1. THE FREEDOM MAZE  This book won the Andre Norton 2011 Best Sci-Fi/Fantasy award.  Jen Laughran mentioned how great it was and so I had to check it out. OMG, I read it in like 2 days.  It was so good! Here's my teaser on Good Reads: I'm totally, totally in love with the writing of THE FREEDOM MAZE by Delia Sherman. The writing is nothing short of scrumptious and feels like I'm sitting on the porch on a hot summer's day drinking a tall iced tea while visitin
2 comments
Read more 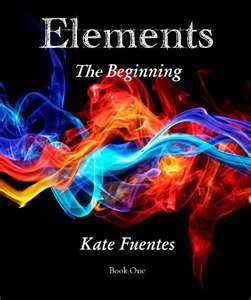 Greetings! Thank you for allowing me to be a guest on your site today Kim! I’m looking forward to having a tremendous time sharing posts and having “Giveaways” on various blogs with the Summer Teen Reading Party event! There will be amazing book titles and fabulous interviews with authors from all genres participating! Be sure to stop by and check it out! When I look back to when I had less wrinkles and a smaller backside, I remember the excitement of summer! To be free from the confines of school and ready to make memories with my friends over the summer break, but I also recall having time to relax and read a good book. Whether it was on a vacation we had taken to the beach or a lazy afternoon in the backyard, I found the time to sit and experience the fantasy realms of some of my favorite stories. I’m a BIG fan of Greek Mythology and the legendary heroes of yesteryear.  I believe this type of ‘epic adventure ‘writing help mold my own form of literary style and created a vast fo
Post a Comment
Read more
More posts