Showing posts from August, 2016
Show all

1. Next Monday is the first day of school!   **Not that I'm counting or anything... Here's me: This will be the first time in seven years that I haven't been teaching.  I plan to use this time to finish my latest project and to start a new more adult novel set in Italy! Crossing fingers that son does well in the public school system.  He wants to go, so that's half of the battle. 2. Finally finished copy edits on the sequel to NO MORE GODDESSES! 3. Finished reading WAKE THE HOLLOW by Gaby Triana: YA Books Central review: http://www.yabookscentral.com/yafiction/20357-wake-the-hollow Teaser: Suspenseful jaunt through modern day Sleepy Hollow where a centuries old mystery is met with paranormal elements. 4.   Picking up some graphic novels.  This one was on a recommend list from YALSA :  http://www.ala.org/yalsa/ggnt/nominations YA Books Central review: http://www.yabookscentral.com/yafiction/20350-prez-vol-1 Teaser:  Rapier wit is woven
Post a Comment
Read more 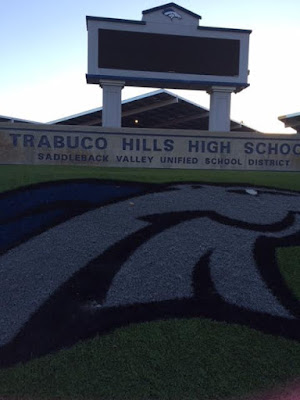 1. This week was crazy with high school stuff.  Tuesday night there was a Freshman orientation and parent meeting.  The meeting was held in the theater and was PACKED.  Then on Wednesday we had Mustang round-up where teen had to go and pick up his schedule, lockers, PE clothes, take photo, get student ID card, and books. At the end, I stepped back and looked at teen's school.  Then it hit me: Omg, I'm now one of THOSE parents in a YA novel! 2. Also finishing up the last 'quick' read of sequel.  Can't believe I still was finding mistakes.  Just UGH. 3. Books for this week include: Realized I need to read some more graphic novels!  This one was recommended by a library association as being one of the top graphic novels of this year.  ORANGE is about a teen who receives a letter from her future self, warning her to watch out for a new boy that comes to her school.  Kind of a Japanese graphic novel/time traveling book. 4. Another one is based on my all-t
Post a Comment
Read more

1. Almost to the end of these copy edits! Should be done by this weekend. 2. Then it's back to CANDLE to go over Katie's feedback.  Goal is to get this project polished and ready to query out by the end of next month! 3. In the meantime, there's some serious drama going on with husband's family. This is me during it all: Trying not to say anything but man, it's hard! 4. Still had time to get some reading in: Reading the second book in the Nevermore series.  Really loving the gothic feel of this unlikely romance between a Goth teen with a secret and a cheerleader. 5. Fun book has to be this adult coloring book set in Paris: Yes, I've been coloring in it!  Love the very detailed pictures of Paris.  There's also one set in London.  Hoping for one set in Rome! **Also finished reading book three in the ALIENATED series. This was a bittersweet experience for me as I loved the first two books in the series something fierce.  This
Post a Comment
Read more 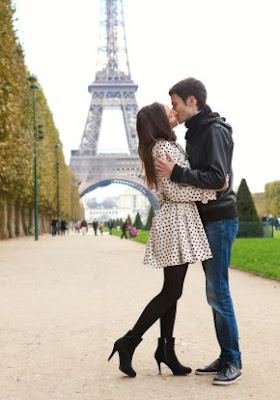 1. Working on copy edits for the sequel to NO MORE GODDESSES.  Over halfway through.  Lots of comments and feedback. Yes, this one has more romance and is set in Paris!  That and the Greek Netherworld with another goddess of love.  This time it's Aphrodite. 2. Also having nineteen-year-old Katie Marciniak go over CANDLES for a final look through before I start querying it out.  My goal is to send this baby out this Fall. Katie is amazing with her feedback and suggestions.  Her goal is to be an editor and maybe even an agent! Her Twitter handle is: @MarciniakKatie 3. Sent over sequel to CROSSED OUT to editors.  This will continue the Rescuers saga of Stephanie and her friends in Sacramento. 4. Been reading too. This book reminds me of my days as a bilingual teacher in South Whittier, Ca in the 90s. I taught a number of undocumented students. The fear of being deport rang true as I witnessed this with my students and their families during the English Only movement
Post a Comment
Read more
More posts